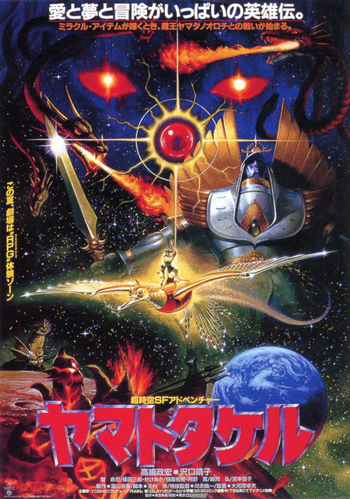 Yamato Takeru (ヤマトタケル, also known in English as Orochi, the Eight-Headed Dragon) is a 1994 fantasy adventure film from Toho, loosely based on the Japanese legend of the hero of the same name and Toho's Showa-era attempt to adapt the story, known in the U.S. as The Three Treasures (originally Nippon Tanjō, or Birth of Japan). It chronicles the adventures of Prince Ousu (later known as Yamato Takeru), hated by his father the Emperor but favored by the gods, as he faces the machinations of the evil god Tsukuyomi and his servants with the help of his companions, including the warrior-priestess Oto Tachibana.