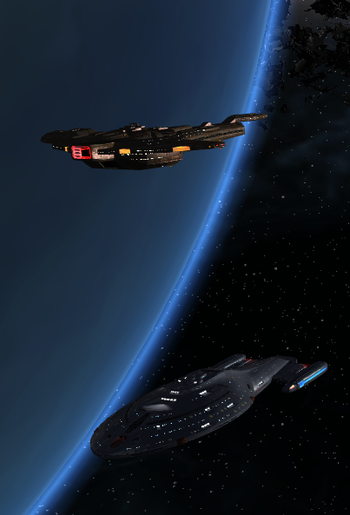 The Mysterious Case of Neelix's Lungs

MCNL, as it's often shortened by the authors, poses two central What Ifs:

Along the way, they also change or re-explain aspects of VOY's setting and characters that they find irritating (starting with Neelix being far less of The Load). There's also a recurring "home front" sideplot showing events around the disappearances of Voyager and Vetar from the perspectives of the Federation and the Cardassian Empire. And there's some obvious cross-pollination between MCNL and the authors' Star Trek Online fan fiction.

The fic completed its first season, eight official episodes and a Milestone Celebration Crack Fic parody, on 19 April 2015. Season 2 began on 15 August 2015, which was also the last time the fic was updated.