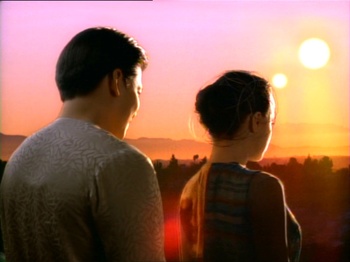 The second big Hope Spot for the USS Voyager. Of course, this is still Season One.
Voyager's crew face a moral dilemma when an extremely hospitable species possess a technology which could help the crew get more than halfway home in seconds.