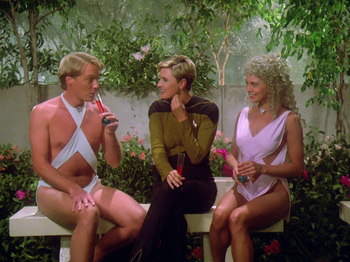 Edo fashion, in all its barely-there glory.
Wesley breaks an idyllic world's trivial law by accidentally stepping on flowers and faces the death sentence.