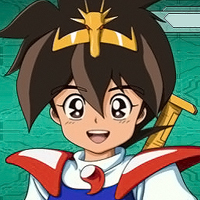 A fourth-grader who is brought over to Soukaizan in order to become its savior, and is the title main protagonist and hero of the series. 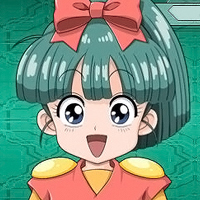 The 13th successor of the Shinobibe clan with a seemingly endless amount of energy, she joins Wataru on his journey starting from the 1st floor of Soukaizan since the original series. 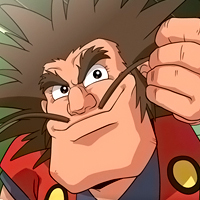 A Master Swordsman of Yagyu Shibaraku style whom Wataru encountered on the 1st floor of Soukaizan since the original series, he decides to take the boy in as his student, accompanying him on his journey. 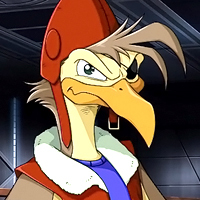 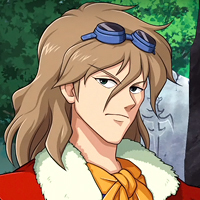 A humanoid bird Wataru and friends encountered on the 1st floor of Soukaizan during the original series, he pretends to befriend the group so as to spy on them for Doakutar. 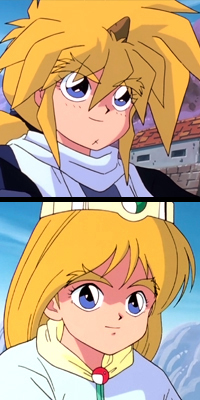 Top: Toraoh / Bottom: Shoryushi
Voiced by: Kazue Ikura
Mashin: Jyakomaru (Evil Tiger-maru)
WARNING: The following two characters are walking spoilers who holds major plot points throughout the entire trilogy that cannot be marked. If you were to watch the show, you are bound to get spoiled by reading the contents in this folder.

Introduced as the son of the Emperor of Evil, Doakudar, Toraoh is one of the major antagonists from the first series who desires to make Himiko his bride and forms a rivalry with Wataru. By the finale of Wataru, Toraoh was purified, revealing his true identity to be of Shoryushi, the Prince of Soukaizan and son of Empress Seiryuhi.

Due to Toraoh being the product of a forced Split Personality spell, the personalities and appearances between Shoryushi and Toraoh cannot be merged together.