The secondary cast of Sterling Cooper (Seasons 1-3) in Mad Men. Beware of spoilers. 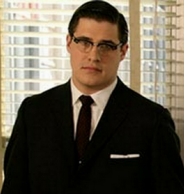 Played By: Rich Sommer
"Oooh, a Negro homosexual, Canadian sexpot, and unaccompanied redhead. This may be my key demographic."

A media buyer at Sterling Cooper notable chiefly because everyone tends to overlook his existence, he eventually gets the agency into the television game, becoming Head of Television. He skips to SCDP to do the same job, where he finally has the resources to be effective... and somehow manages to end up even more of a schlemiel and a milquetoast (despite his good work). 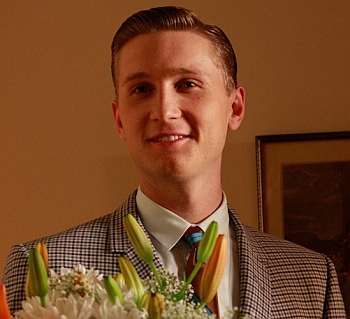 "I wanna stand and salute that."
Click here to see 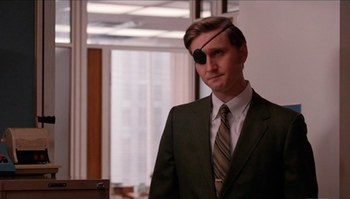 Columbia-educated WASP from Vermont and a major rival of Pete's, coming in as an account executive at about the same time as him. They eventually come to a truce. 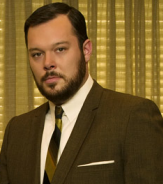 A wannabe Bohemian copywriter. He doesn't transfer to SCDP with the rest of the cast. 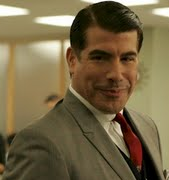 Head art director at Sterling Cooper, and a closeted gay man. He leaves just before the end of Season 3 for reasons that have to do with Sterling Cooper's main client being a huge dick. 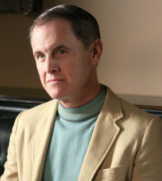 Brought into Sterling Cooper after his Dark and Troubled Past at the London office of Young & Rubicamnote A real firm, by the way.. His decisions result in frequent clashes with others (especially Don), but he gets the job done. Gets a job with agency Greynote Also real. after PPL sells Sterling Cooper to McCann Ericksonnote Real again. How did you guess?. He eventually becomes a headhunter that many of SC&P's staff use. 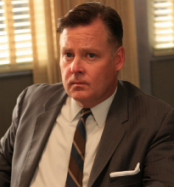 An avuncular copywriter who, despite being a little old and behind the times, is generally open and fun-loving. He's a big supporter of Peggy, though they have their disagreements. Has had problems with alcohol, but is presently on the up-and-up. 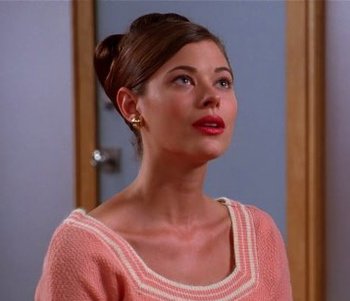 Jane is a college graduate hired as Don's secretary in Season 2. She quickly gains Joan's mistrust with her attention-grabbing wardrobe choices and the rather unsubtle flirting with the male colleagues. The relationship with Joan quickly sours and Joan would have fired her if not for Roger's intervention. Roger then starts an affair with her and divorces Mona to get with Jane, despite the embarrassing fact that she's not much older than Roger's daughter.