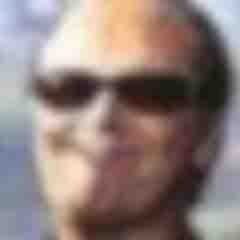 ◊ of Jack Nicholson.
"who the fuck is scraeming "LOG OFF" at my house. show yourself, coward. I will never log off"
— dril
Advertisement:

is a famous account on Twitter, commonly regarded as one of the most iconic and hilarious accounts in the history of the site.

Dril's posts are...odd, to say the least. They paint a picture of a semi-consistent character, a deranged, incompetent, arrogant Jerkass, mixed in with large amounts of surrealism and parodies of current events, often taking an implicitly left-wing stance through its mocking of right wing figures.

The character of Dril is scatological, overshares a lot of peculiar sexual fetishes (and shows a Paralyzing Fear of Sexuality that is fetishistic in itself) and is obsessed with defending himself from his enemies on the internet (who he often seems to squabble with on Web 2.0 platforms, like forums and chain emails). A common theme is dril's fascination with police, which he both identifies with and fears. He frequently is investigated by them for his chaotic actions, and reacts to their intrusions on his life with bootlicking

, and sometimes it is unclear

. His family often includes rowdy sons who get into upsetting mischief, and multiple wives, but he also defends the honour of his 'girl followers' in a superficially innocent but salacious manner. The details of his personal life, age and politics change depending on what is funniest, but he's always male and always American.

Dril is highly quotable, and the account has generated numerous memes. It's often joked that a Dril quote exists for every situation, and indeed, Dril posts so often, and with such variety in topics, that it's almost standard practice to use relevant Dril posts to mock particularly absurd events.

A man of mystery, Dril's real identity was unintentionally exposed after he was credited under his real name as a writer on Sweet Bro and Hella Jeff and Hiveswap. He also starred alongside fellow Weird Twitter user derek in the parody news show Truthpoint Darkweb Rising.

A complete archive of his tweets is available here

Dril's posts include examples of: