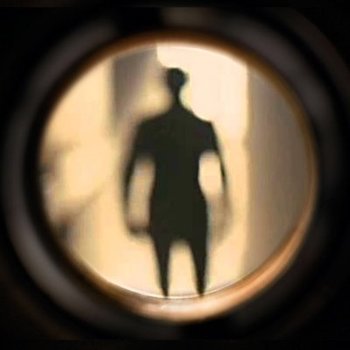 "I live on the right side of the third floor. If I die, I was probably killed by my landlord."
"To rent. 2 rooms 50m2. 12th district. 750 euros ABP. Non-smoking. Tenant must be healthy."
Advertisement:

3ème Droite is a French serial horror story written by François Descraques, and published in the form of a Twitter account

. The first thread was posted in September 2017, and was followed by subsequent updates every week (minus the occasional hiatus), with each new thread essentially acting as an individual chapter of the story. Though mostly text-based, it also presents some audiovisual elements, with many threads containing or ending with screenshots, camera pictures, or short video recordings.

The plot revolves around the narrator and in-unverse owner of the account moving in a new apartment, located on the right side of the third floor of a small building. However, the building's landlord, who the narrator names Mr. K, turns out to be particularly suspicious, asking many intrusive and unusual questions, and seeming to accept him as a tenant way too easily. From then on, things get stranger and stranger, slowly descending into horror/conspiracy theory, as the narrator desperately tries to uncover the truth behind the building's mysteries.

According to François Descraques, 3ème Droite was a way for him to write a narrative story without the pressure and experience that would be required for novel. Though the story is purely fictional, François has pointed out that "about 40% of the first thread is true", which served as an inspiration for it.

The 18th and final thread was posted on March 29th of 2018. Though François Descraques confirmed that it was indeed meant to conclude the story, he also evoked the possibility that the 3eme Droite universe might come back in one form or another.

YOU WILL END UP IN THE BASEMENT