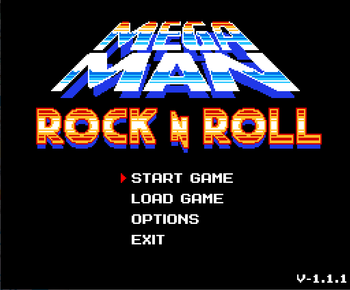 . It follows both Mega Man and Roll when a mysterious new force arises from the ocean and kidnaps Fire Man, Skull Man, Dagger Man, and Honey Woman, as well as Mega Man himself. This forces Roll to step up, gaining the same modifications as Mega Man himself to rescue him. Now, the two of them must work together to face this new threat.

Both characters play pretty similar to how characters of the classic games play, each with their own mechanics. Mega Man has his ever-trusty charge shot and robo-canine companion Rush. Meanwhile, Roll possess a Double Jump and can later obtain Beat as a companion who functions similarly to Rush Jet but lacks Mega Man's charged shots and takes higher damage than him.

The Robot Masters are: