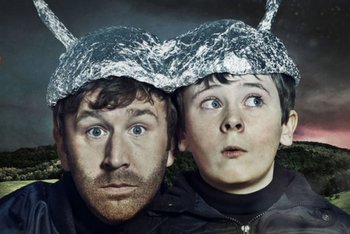 Martin Moone is 12 years old and lives in the town of Boyle, County Roscommon. Joined by his Imaginary Friend, Sean Murphy (played by Chris O'Dowd), Martin comes up with a different Zany Scheme each week to navigate the obstacles that are put before him. The youngest of four children, he has to contend with three older sisters, as well as the perils of school.