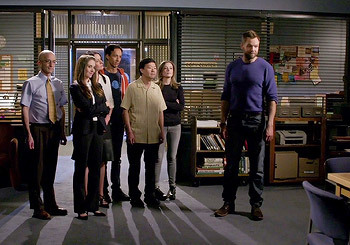 As their sixth year at Greendale draws to a close, Abed asks everyone to imagine pitching a TV show about what they would do in Season Seven. Meanwhile, new developments threaten to separate the group for the foreseeable future and Jeff wonders about his place in the world.

This was the final episode

of the series, due to the cast being hot commodities and busy with their own projects. All that is left is the movie now.