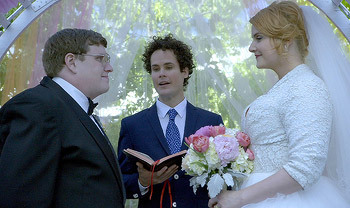 Abed films Garrett's proposal and wedding for his latest documentary.