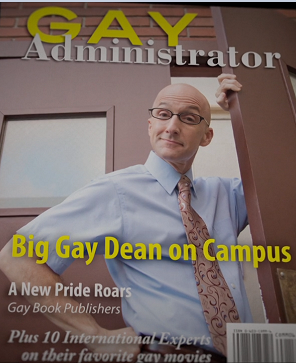 Dean Pelton is coming out as approximately two-sevenths of what he is!
After a controversy involving the gay community, the Greendale school board invites Dean Pelton to become a member, on the condition that he promotes his "homosexuality." Meanwhile, Annie and Chang get cast in a theater production of The Karate Kid, but Chang must endure the director's abusive behaviour. Also, Elroy and Abed are tasked to fix the school's wi-fi, only to find a nest of birds in the internet router.