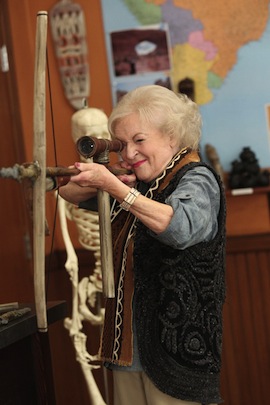 "Welcome Students new and old to another fall semester at Greendale!"
— Dean Pelton

School is back in session and the study group is ready for Anthropology 101. Unfortunately for them, the aftermath of the end of the previous semester is still lingering...