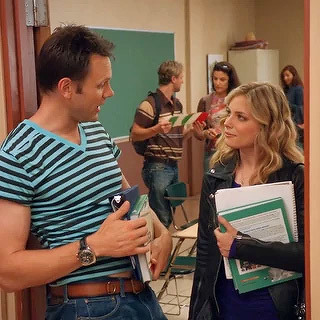 In Spanish Class the students pair off to do an oral presentation involving simple Spanish phrases. Jeff's attempt to be paired with Britta backfires when he finds himself partnered with Pierce instead — and Pierce's unorthodox presentation ideas threaten to drive a wedge between them. Meanwhile the ladies in the study group get into activism to raise interest about freedom of speech in Guatemala — however, Britta finds that Annie and Shirley have much different ideas about activism than her.