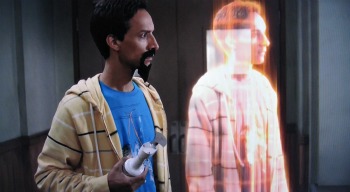 It's the end of the season, and a memorable moment in The Stinger becomes the crux of the Darkest Hour, before the redemption of the Greendale 7.
Advertisement:

With Troy having been claimed by the AC Annex, Abed having fallen into a state of severe depression, and Shirley and Pierce divided by legal difficulties, the study group's problems are far from over as they resume classes at Greendale following the downfall of Chang's regime.

Now has a YMMV page