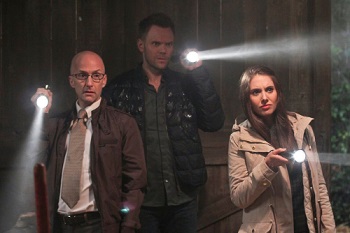 Everyone is up in arms when an anonymous bandit starts dropping coins down people's pants. While Dean Pelton mobilizes the school to investigate, Jeff and Annie pursue their own theories - methodically interrogating staff members. When someone eventually confesses, the school heaves a sigh of relief, but Jeff thinks there is more to the story than meets the eye.