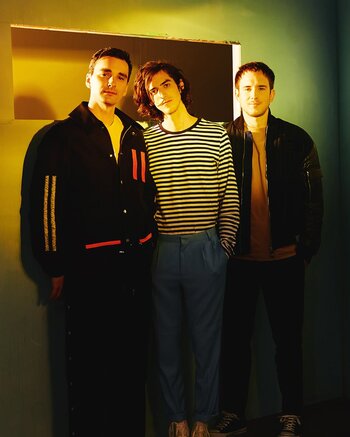 Formed in 2016 originally as a duo consisting of Taylor and Kramer, many of the band's early tracks were the results of a 50 Song Challenge undertaken by the former in order to improve his songwriting. They released their debut EP, 3, in 2017; soon after Johnson joined the duo as bassist. The band first rose to prominence in 2018 after the music video for their single "still feel." went viral on Youtube due to its unique cinematography and choreography performed by Taylor and JA Collective. The track garnered positive reviews from publications and its success led to a record contract with RCA. Their debut album titled Now, Not Yet was released in August of 2019.

In early 2022 they released the first part of what was intended to be their sophomore album, Give Me Your Shoulders, Pt. 1, with the intention of Pt. 2 releasing later on. However, in September the band announced that Pt. 2 would be cancelled in favor of something bigger. A new single titled "Did I Make You Up?" was released in October and its accompanying music video ended with the formal announcement of their sophomore album, Conditions Of A Punk, which was released in December.

Their lyrics have recurring themes of tension, anxiety, and faith, while also being heavily influenced by psychological concepts, specifically citing those of Sigmund Freud and Carl Jung. Though the band writes songs with intent of religious themes among others, lyrics are written with more subtlety and ambiguity, leaving interpretation up to the listener.

When it is tropeless I start to notice: