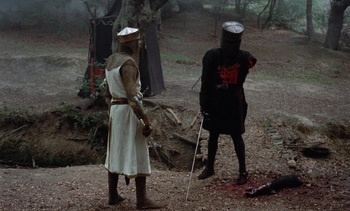 "'Tis but a scratch."
Short answer to Crowning Moment of Funny for Monty Python and the Holy Grail:
Advertisement:

Really, it's a Crowning Movie of Funny.