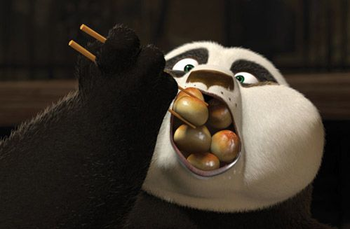 How many bean buns did he eat?