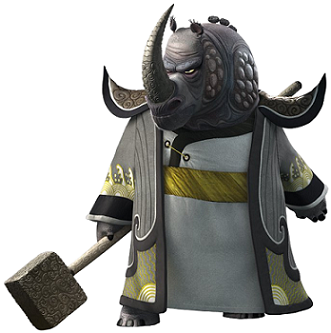 "That is a warning. You are no match for our kung fu."
Voiced by:
Victor Garber

The benevolent leader of the Kung Fu Council, which protects the vast metropolis of Gongmen City. He has descended from a long line of masters and is the son of the legendary Master Flying Rhino. 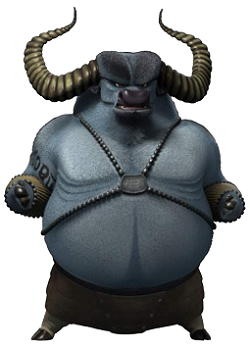 "It's time to surrender, panda. Kung fu is dead."

Thundering Rhino's star pupil and loyal friend, and a member of the Kung Fu Council of Gongmen City. 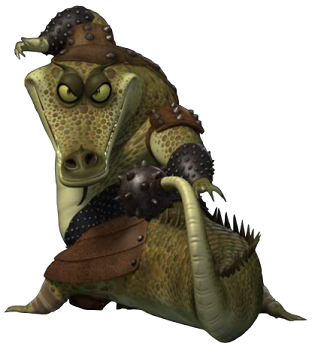 "The only hero in this town is a dead one."

A former bandit gang leader who had a change of heart and acts as a member of the Gongmen Kung Fu Council. 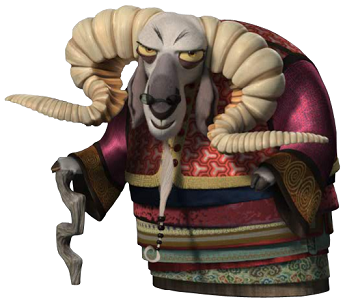 "Your story may not have such a happy beginning, but that doesn't make you who you are. It is the rest of your story, who you choose to be!"

An elderly goat with the power of foresight, who served as an adviser to the ruling family of Gongmen City, the Peacocks. Upon request by Lord Shen's parents, she had foretold what the future held for their son should he continue his current path: defeat at the hands of a warrior of black and white. 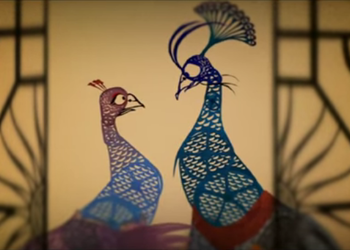 The previous rulers of Gongmen City. When their son Shen started to use the art of fireworks to create new destructive weapons, they became concerned for him and asked the Soothsayer to predict his future.

Lord Shen and His Army 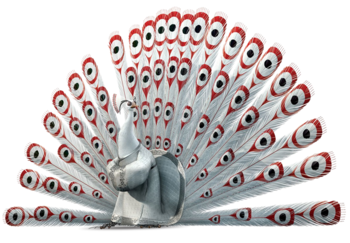 "Call in the wolves! All of them! I want them ready to move! The Year of the Peacock begins now!"

The Big Bad of the second film. He's a wicked peacock whose clan rules over Gongmen City. However, that wasn't enough for him as he is possessed by a desire to take over all of China. For that, he invented the cannon, which poses a threat to the very existence of kung fu itself. 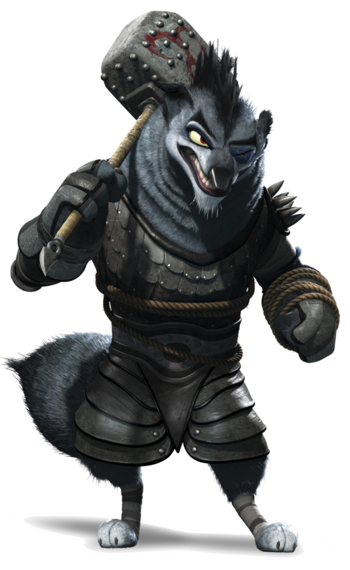 "Guess nobody told you: If you mess with the wolf, you get the fangs."

Lord Shen's oldest (and probably only) friend and most loyal servant. He is the commander of the wolf army. 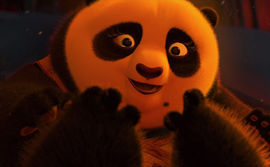 Po's biological mother, who sacrificed herself to save her son from Lord Shen.