The cast of the Klonoa series. Be prepared for spoilers, marked or unmarked!

Debuted in Klonoa: Door to Phantomile 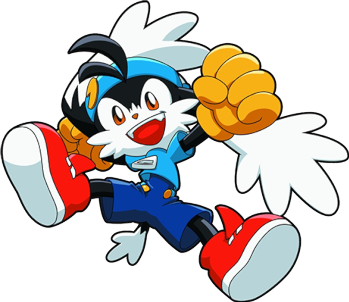 Klonoa is the young protagonist of the series who, as the "Dream Traveler", is destined to travel to different dream universes and save them from destruction. He is kind-spirited and has a strong sense of justice; he's able to make friends wherever he goes, but he is also shown as naive. 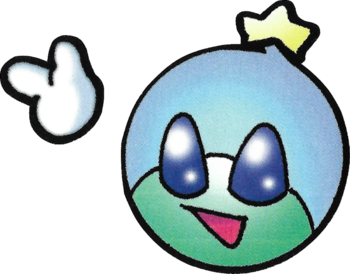 A ring spirit (at least, that's what he looks like) who powers Klonoa's wind ring during the first game and Empire of Dreams. 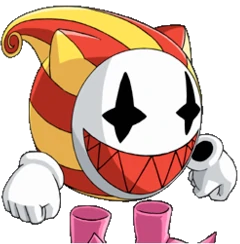 A giggling clown-like creature that is one of the main villains in the Klonoa series, appearing in the first game and its spinoffs. 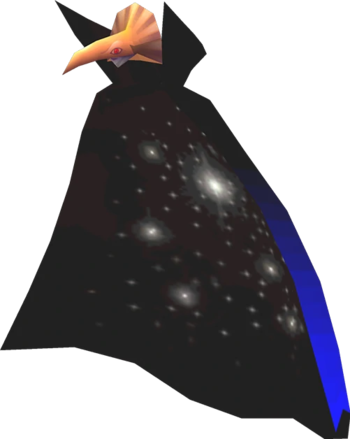 "The world has already rejected me. Now, it is simply my turn to reject the world."

One of Phantomile's nightmare creatures who seeks to destroy it. 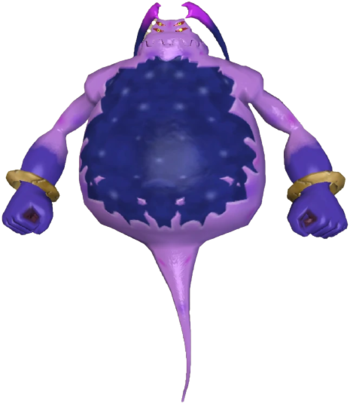 The final boss of the game, an Eldritch Abomination made from the nightmares of Phantomile. 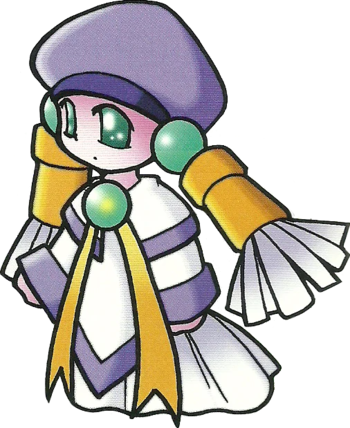 A magical songstress who is kidnapped by Ghadius. 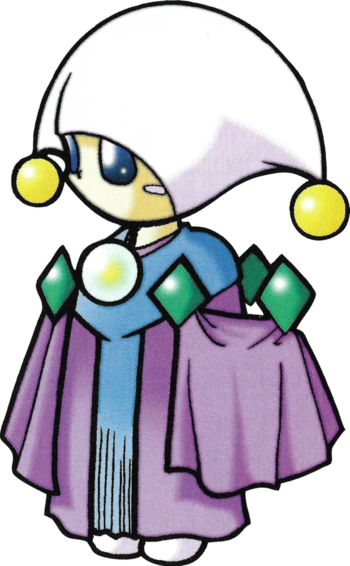 The queen of Cress, the Moon Kingdom, and also Huepow's mother. 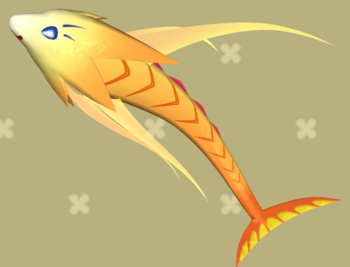 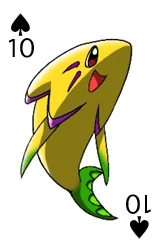 A pair of magical fish living in the Water Kingdom. Pamela is the mother, and Karal is her young son. 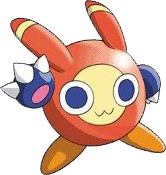 Moos are the most common enemy species in the Klonoa series, appearing in basically every game since the first. They come in many different varieties. 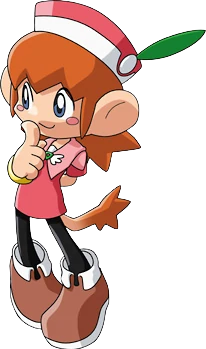 A priestess-in-training who meets up with Klonoa upon his arrival in Lunatea. 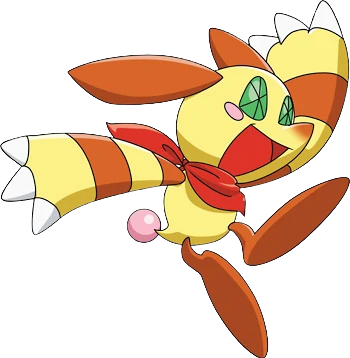 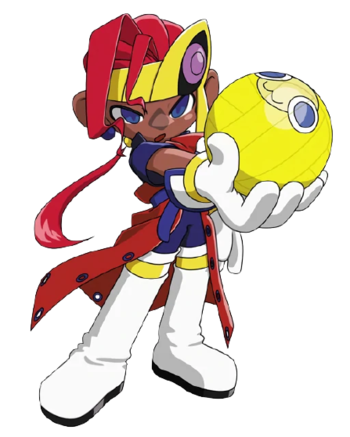 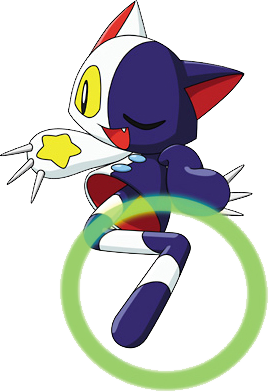 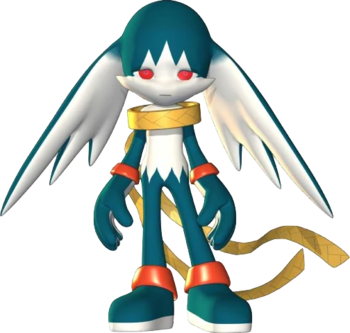 "If sorrow is so unwelcome here..."
"Who cares if the world is destroyed..."

The main antagonist of Klonoa 2: Lunatea's Veil. As his name suggests, he is the ruler of Hyuponia, the Kingdom of Sorrow, and the fifth kingdom of Lunatea that was hidden away from the world when the other Lunateans refused to accept sorrow.

Debuted in Klonoa: Empire of Dreams 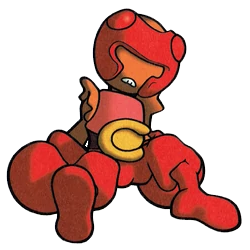 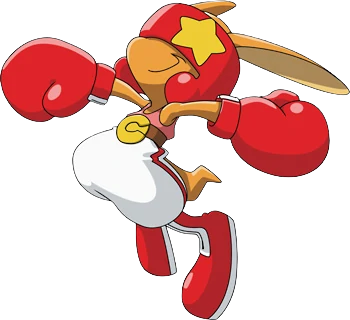 A recurring hero, Chipple is a kangaroo who loves boxing and strives to get better at it. 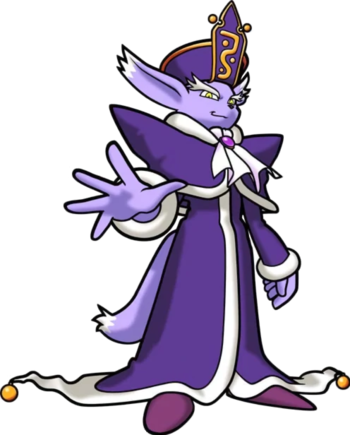 A disgruntled emperor who is plagued with insomnia. Because he cannot sleep, he has forbidden dreaming from his empire. Klonoa and Huepow run afoul of him when they enter his empire by dreaming. His first and only appearance is in Klonoa: Empire of Dreams. 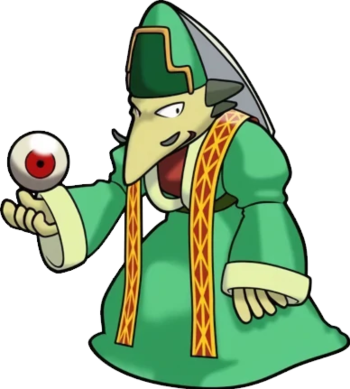 Emperor Jillius' advisor. His biggest role is in Klonoa: Empire of Dreams, though he also makes cameos in Klonoa Beach Volleyball and Klonoa 2: Dream Champ Tournament. 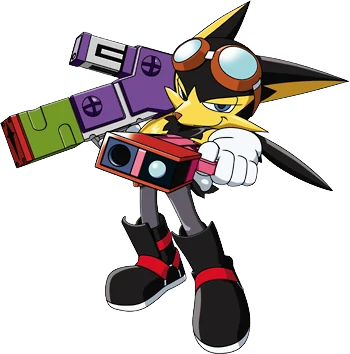 Guess what he's named for.
Voiced by: Takahiro Sakurai
Garlen 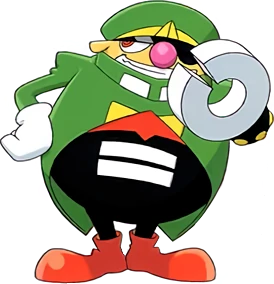 Another recurring villain in the series, Garlen is a comical Mad Scientist who enacts wild schemes in the spinoffs. 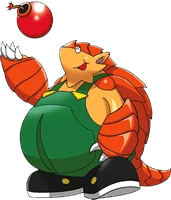 I think he's some kind of armadillo...maybe note He's a pangolin
Voiced by: Shōzō Iizuka
Janga

A nightmare on the streets, and an even bigger nightmare in the sheets.

A foul-mouthed, feline-like purple creature who wears a coat, scarf, and Nice Hat. He was once a hunter along with Guntz's father, Butz but killed him at the request of Garlen. He seeks to harvest nightmare for his own purposes.

Please note that since the comic was Cut Short, some information about these characters was left ambiguous or inconclusive. 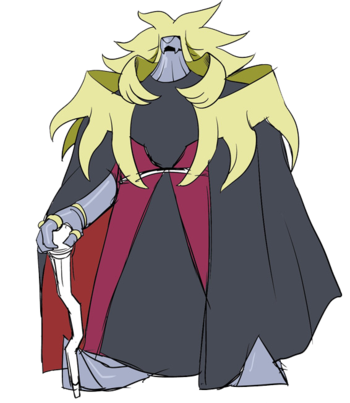 "The power of the glorious night-sun will fuel my grand ambitions..."

The main antagonist of the short-lived webcomic. He is an evil lion who seeks to use the powerful Noctis Sol for his own ends.

Tenebrae Hue's assistant, a small creature in a lab coat. 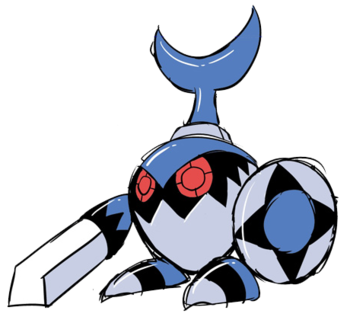 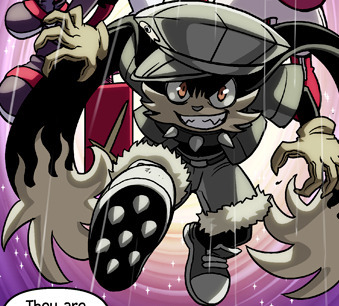 Klonoa's Evil Doppelgänger, who only appears in the webcomic. He first appears bullying Lolo, and later teams up with Tenebrae Hue.