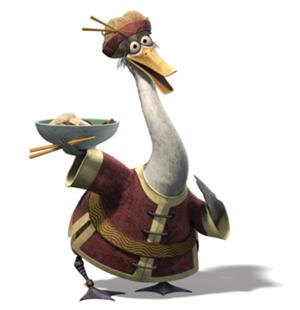 "We are noodle folk. Broth runs deep in our veins!"

Po's adoptive goose father. He runs a noodle shop, and would rather like to see Po become a noodles seller, but just the same, he is very supportive of Po's dream to become a kung fu master. 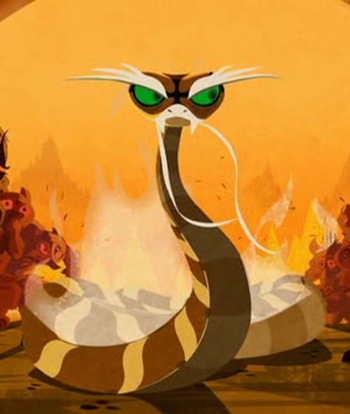 Viper's father, a descendant of the Viper clan who protected his village from bandits. Appears in Secrets of the Furious Five, in Viper's story. 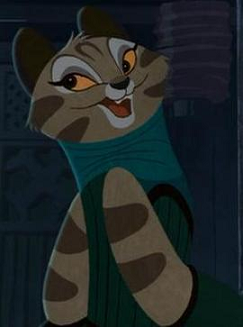 A kind young kung fu student who supported Crane in his path to becoming a kung fu master. Appears in Secrets of the Furious Five, in Crane's story.

A rabbit chef who was accidentally dishonored by Po and tried (and failed) to commit suicide because of it. Appears in the Holiday Special.

Su, Wing, and Wan Wu form a trio of infamously deadly criminals. First appearing in the Kung Fu Panda video game, the sisters were conceptualized as characters for the first film, but were ultimately left out. They make their canon debut in Secrets of the Masters.