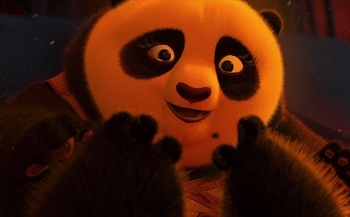 And you thought you'd never cry at a movie called Kung Fu Panda 2.

The best sequel to the best 2008 movie was kinda even sadder than Shrek Forever After...