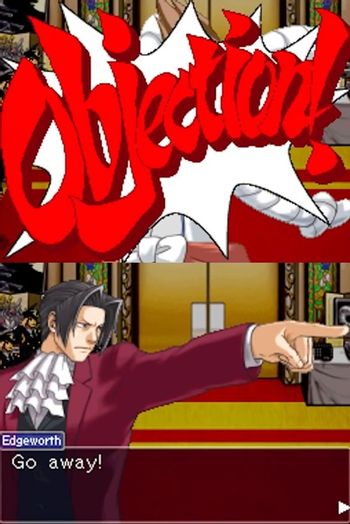 An apt response to dealing with both Larry and Oldbag.
Take moments covering more than just this game over to the main Ace Attorney page, please.
Advertisement:
open/close all folders