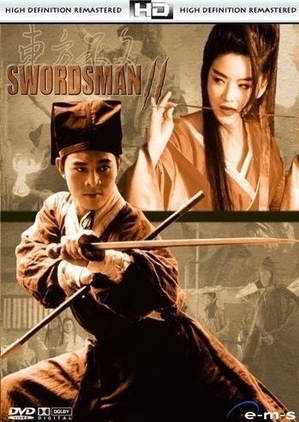 While Swordsman (1990) is generally viewed as a decent Wuxia film on its own, Swordsman II (1992) is more memorable and critically acclaimed, partly due to the popular portrayal of Dongfang Bubai by Brigitte Lin, and also for better execution in portraying the themes of wuxia conflict. For Swordsman II, none of the cast from Swordsman (1990) returned, with the exception of Fennie Yuen who reprises her role as Lan Fenghuang.

The films depict the adventures of Linghu Chong, a disciple of the Huashan Sect, when he tries to disengage himself from the politics and violent power struggles that occur frequently in the martial artists' world (Or Jianghu), with little success. The MacGuffin involved is the Sunflower Manual (Kuihua Baodian), a martial arts manual which allows one who mastered its skills to become the most formidable martial artist and by extension, dominate the Jianghu. While Linghu Chong and his companions had little interest in the manual, many other martial artists do not think the same way, and Linghu Chong gets himself entangled in their politics.

Swordsman III: The East is Red (1993) （东方不败之风云再起) concludes the series. Brigitte Lin made a name for herself with her portrayal of Dongfang Bubai, or Asia The Invincible, an androgynous villain who debuts in the second movie. The third movie notably had her taking over the role as a Villain Protagonist, and becoming involved in an all-out war of control between two foreign superpowers who wanted to control the seas around China. Assisting a team of Imperial officers, led by Gu Chang-feng (Yu Rong-guang), all who had their own ulterior motives, Asia the Invincible will end up shaking the world of martial arts completely.

The Film Series Provides Examples Of: