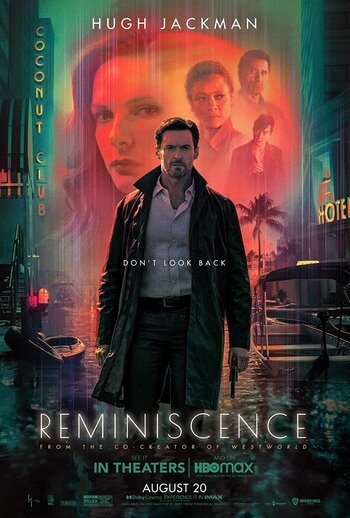 "The past doesn’t haunt us. Wouldn’t even recognize us. If there are ghosts to be found, it’s us who haunt the past."
"You’re going on a journey. A journey through memory. Your destination? A place and time you've been before. To reach it... all you have to do is follow my voice."
— Nick Bannister
Advertisement:

In a dystopian future where rising waters leave people with little true hope for the future, Nick Bannister (Jackman) and his colleague Emily "Watts" Sanders (Newton) operate a business allowing people to relive specific memories. Nick eventually falls in love with Mae (Ferguson), a client who initially just visited to find her lost keys, but after she vanishes from his life without explanation, Nick becomes consumed by his obsession as he relives his lost memories of her until he finds clues to her true fate.