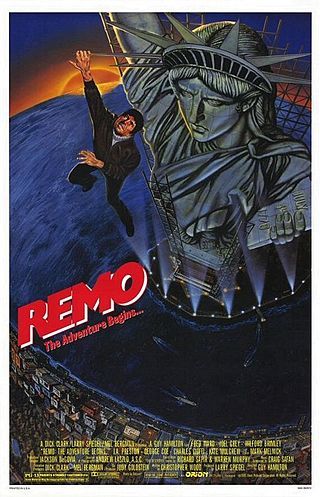 Remo Williams: The Adventure Begins is a 1985 action movie directed by Guy Hamilton, based on The Destroyer novel series and starring Fred Ward as the title character.

New York city beat cop Sam Makin is ambushed one night and awakens to discover that he has had Magic Plastic Surgery to drastically change his looks. Oh, and he's Legally Dead, too, and is given the new identity Remo Williams, after the name and location of the manufacturer of the bedpan in his hospital room. Convinced to become an agent for the United States government, Williams is sent to train in the Fantastic Fighting Style of Sinanju from an Old Master named Chiun (Joel Grey), while the organization running him, CURE, investigates corruption in a US Army weapons procurement program flagged by disrespected staff officer Major Rayner Fleming (Kate Mulgrew).