Characters / Tales from the Crypt 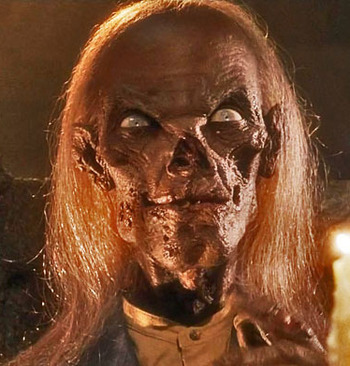 A wisecracking revenant living in the basement of a decaying mansion. The show's self-proclaimed "master of scare-emonies."

Advertisement:
The Vault Keeper and the Old Witch

The two other hosts (collectively, the three are known as the Ghoulunatics) from the EC Comics series. In the cartoon, they all form a rivalry over who gets to host the show.

A mummy who happens to be a big shot Hollywood Director who shows up in the Framing Device of Bordello of Blood.