This page will list characters of the Spore Wiki Fantasy Universe who are neither heroes, villains, Colossi or Simulacra.

Click here to go back to the main Characters page. 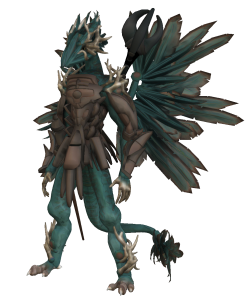 "I've heard about him. The 'world-walker'. There are many wanderers in the wildnerness of Koldenwelt, but one being called 'world-walker' means this being, whatever he is, has been on the earth since...whenever." 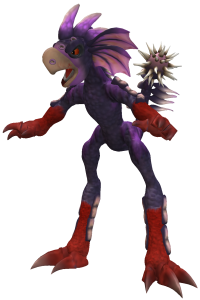 "I will fight and destroy Provectus' scum to my very last breath!"

Harkin is the youngest of the three Guardian Sea Giants and one of the four survivors of his race. He used to guard the Exacutus Vulcanus until he was possessed and mutated by it. As of now, he currently resides with the Caxildiz. 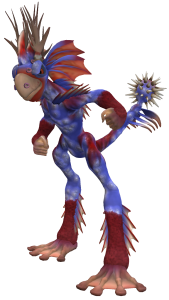 "If you wish to stay on my island, you must obey my rules."

Karps is the middle brother of the three Guardian Sea Giants and one of the four survivors of his race. After Caligaduro Provectus was imprisoned, he took over Sprak Island and became its ruler.

Vectrom is the oldest of the three Guardian Sea Giants and one of the four survivors of his race. After Caligaduro Provectus was imprisoned, he left his brothers to live alone in the seas as a wandering guru. 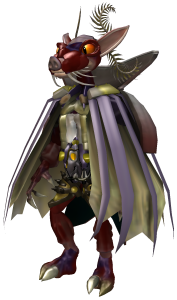 Count Varelos von Dalverat is the leader of the Nightshade Clan and the master of all pureblood vampires. Created by the Simulacrum Zran Kar 15,000 years ago, Dalverat has spread vampirism through the world, though he is not really malevolent and merely wishes for the survival of his "children".

The Dalverat Sisters are a quartet of near identical entities known as the Alpha Succubi, a far more powerful version of a regular Succubus who are all fertile, capable of breeding with Varelos von Dalverat to create Pureblood Vampires. They were created one after the other by the Simulacrum Zran Kar following Varelos' birth.

Shared between all four

The first Succubus and oldest of the Dalverat Sisters, Anian is the first bride of Count Varelos as well as his most trusted advisor. She sees herself as the responsible for maintaining the Clan's military might and is famed for her mastery over the fire arts, being one of few vampires in the world to resist sunlight.

The second Succubus and second oldest of the Dalverat Sisters, Alles is the second bride of Count Varelos. She serves as the caretaker of Castle Nightshade and is noted for her love or nature, possessing a large, maze-like garden inside the walls of the vampire lord's castle.

The third Succubus and second youngest of the Dalverat Sisters, Hamoins is the third bride of Count Varelos. She is noted for being the most (only) malevolent of the Succubi, caring for little else than to satiate her seemingly infinite sex drive. Varelos, her Sisters and her victims have all failed to completely satiate her so far, much to her own pleasure.

The fourth Succubus and youngest of the Dalverat Sisters, Hys is the last bride of Count Varelos. She is noted for being the friendliest of the Succubi, displaying a great amount of empathy for non-vampires despite being a user of poison magic as well as for being extremely protective for her sisters' security. 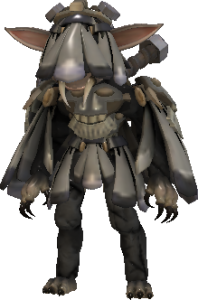 Count von Dalverat's butler and engineer, Nosfer is an Ordnung vampire who maintains Castle Nightshade. While not attending to Dalverat's wishes, he makes experiments on his personal laboratory.

What is considered the greatest of Nosfer's experiments, Dornmuunon is a gigantic being created from the fusion of the souls of a manticore and a Light Drake. The only vampire to use the powers of light, Dornmuunon is one of the Clan's most powerful entities and generals, often tasked to lead large-scale invasions on the vampires' enemies. 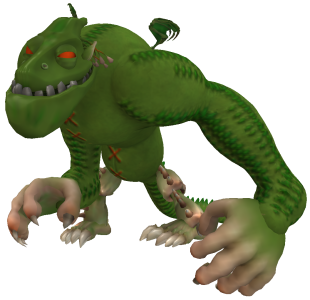 A gigantic amalgamation of body parts given life, Golem is Nosfer's "steed" and lackey. Despite his huge size and intimidating appearance, he is actually very friendly. 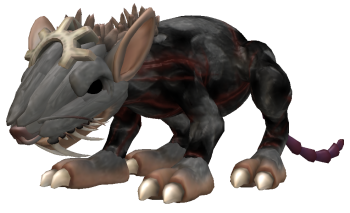 The leader of the Terefah race and spreader of the Rat Curse, the Vermin King is the only member of his race to remember their Deiwos origins.