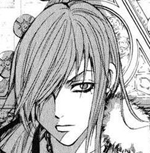 The titular hero. His father had reached his limit with tolerating Ludwig and his weird hobby of bringing women home, and practically threw him out of the kingdom. He insisted that Ludwig go and find himself a bride or he won't be allowed to return or take over the throne.

Ludwig's servant for years, is often sent out to do the dirty work, including finding out about potential new brides.

A witch who first appeared in the Sleeping Beauty story. She has a fetish for masochism and loves Ludwig. 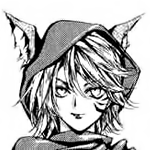 Lisette is Wilhelm's old friend and crush from childhood days. She always wanted to own a red hood made of velour, but her family was poor and couldn't afford it, so she always wore a gray one made of linen.

Her mother sent her into the forest with cake and wine, telling her to deliver it to her grandmother's home, but all Lisette encountered was a burnt corpse. The wolf of the forest appeared, stating that she and her grandmother had been given as sacrifices to him by her parents, in exchange for gold.

Lisette returned home and saw her parents with a sack full of gold, believing the story to be true. Enraged and hurt, she kills her parents and tries to kill Wilhelm, but Ludwig took the attack and stopped her.

She left her village and grew up to become an infamous assassin under the codename of Red Riding Hood. 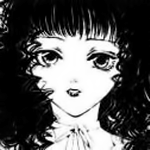 Blanche had sexual relations with her father for years, leading to her mother's hatred and abuse of her. Around the age of 15, her mother wanted Blanche killed and to eat her intestines, to regain youth and beauty. She managed to get away and fled into the forest, living with a group of dwarven woodcutters and stopping her mother's repeated assassination attempts.

Upon the queen appearing herself, Blanche bites into the apple and supposedly dies. Ludwig picks her up as his bride and, during a fall, she came to again. Enacting revenge onto her mother for her attempted murders, Blanche was going to marry Ludwig, but was killed by him when she tried to get rid of him. 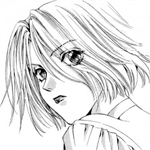 Frederike spent her days studying and gaining knowledge like crazy, but was only ever really praised for her beauty and mocked, if she did not achieve perfect grades at times. She runs into her father while he's with one of his lovers, who breaks Frederike's world by telling her of the gifts she was given at her birth and the curse that lays upon her.

Distraught over the news, she buried the watch she got from her mother on a hill and went up into the tower, intent on pricking her finger on a spindle. Begging that the curse was a lie, she fell into a deep sleep that has been going on for 100 years and has kept people away from the castle with thorns. She encounters Ludwig in his dreams, before he comes to rescue her. 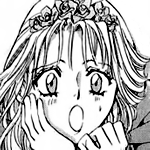 Amalie is the latest of brides-to-be for the Count known as Bluebeard. Since she is disgusted by him and his beard, prefering a beautiful young man like Ludwig, she tries to run away from home. There, Ludwig encounters her and offers to take her home as his bride, before taking her place as Bluebeard's fiancée and is taken to his castle.

Following Ludwig to Bluebeard's castle, she runs toward him and ends up shot on accident by Lisette's bullet. Amalie manages to survive the injury, but is dropped by Ludwig like a hot potato, because she was using padded pillows to enhance her bust-size. 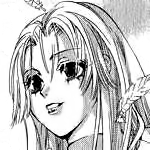 Named after the salad her mother ate while pregnant, Rapunzel was given to a fairy as a child, in exchange for letting her mother eat the fairy's personally grown supply of rapunzel salad. Her hair grows at an exaggerated rate, even when it's cut, and she was eventually locked into a tower at the age of 12.

Prince Silvio was the first to climb the ladder up to her tower, aside from the fairy. Wonderful as he was, Rapunzel started shunning him when she learned that he was in an arranged engagement and refused to break it off, to be with her. After escaping from her tower, she wandered around and eventually gave birth to twins, before being reunited with Silvio. 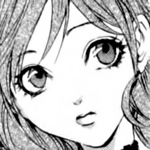 Maleen used to be engaged to a prince in a neighboring country, but her father forbade their relationship. Refusing to break things off, the king sentenced Maleen to be imprisoned in a tower with no windows for 7 years, to give her time to change her mind.

Ludwig uses a cannon from an old war and breaks down the walls of Maleen's prison and sets her free. Learning that her country has been eradicated in a war, she focuses on Ludwig and is convinced that he is her fiancé from back then. And she's intent on picking things up where they left off. 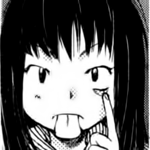 Katrein is a young princess, whose most treasured possession is a golden ball that her father gave to her as a gift. While playing with it, she dropped it into the lake and Ludwig, who looked like a frog to her, returned it. If she rewarded him with a kiss. Promising it, Katrein gets her ball back and leaves, having never intended to kiss any frog.

Her father forces her to keep her promise and invites the frog into the castle for dinner. Katrein has difficulty talking with her father, believing that she is ugly and that is the reason why her father hasn't let her go to any dances. 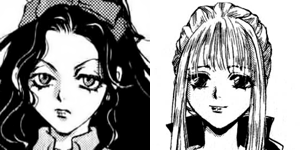 One Albertina is the legitimate daughter of the king, the other an illegitimate child conceived with the courtwitch. In her anger, the queen had the courtwitch executed and the witch's daughter was made into the personal maid of the princess Albertina. For the engagement to Prince Christo, the princess told the maid to write poetry and send them as gifts to him.

Unbeknowst to one Albertina, the other is waiting for an opportune moment to usurp her position and live a good life, while also enacting revenge for her mother's undignified demise. 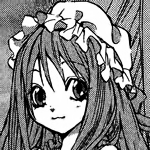 Cinders is being used as a maid in her own home, practically ignored by her father and horribly teased by her two older stepsisters. Despite this, she retains a happy demeanour, by deluding herself into believing that her life is alright and the abuse is a sign of love, with the housework all a means of preparing her for wifehood.

She's been in love with Prince Balduin for some time, but doesn't know if he'd remember her. Ludwig gives her an opportunity to attend the ball the Prince is giving and tells her to impress him. 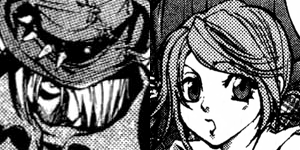 Two children of a woodcutter family, they were abandoned in the forest by their father, as the family was too poor to keep feeding four mouths. Hänsel uses his bread to leave crumbs as a path behind him, but the birds eat the crumbs and the two end up lost.

Hänsel finds a house in the middle of the forest and begs the woman in the house to please let him and his sister stay and feed them, in exchange of doing housework and similar. Gretel eventually learns that Hänsel is being physically abused by the woman as part of the deal, and she kills her in self-defense. The two grew up and become assassins.