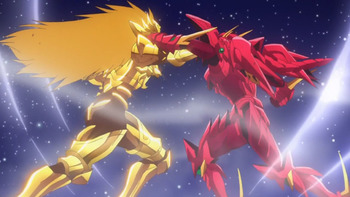 This series more or less runs on Rule of Cool, features some of the most badass characters you'll see in a light novel, angels, fallen angels, devils and other mythology beings all clashing against each other, and what have you. Pack yourself a sandwich, you'll be here for a while.

The Occult Research Club as a whole is more or less a Badass Crew and it shows.

The other characters (can't leave them out now, can't we?)