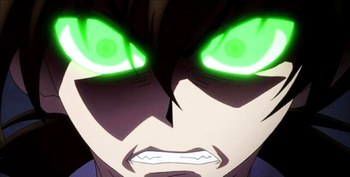 Exhibit B of a goofy pervy high school student.

High School D×D tackles some very serious subject matters even for a light novel series, in addition to touching on aspects on fanservice, harem and adventure... it isn't a series about characters from almost all religions and mythologies fighting each other for nothing...