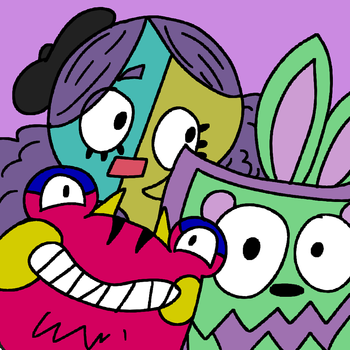 Goober Grove is a comedic webcomic created by artist Jasmine Wright. Started in 2020, it follows the (mis)adventures of the titular Goobers as they live out their lives in a Grove in West Virginia.

The main trio consists of:

The series can be read here