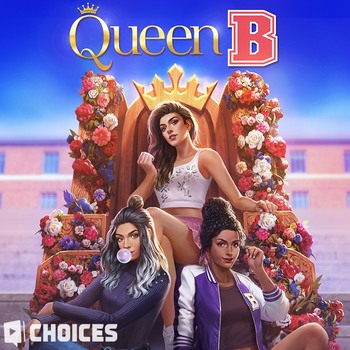 Queen B is one of the many books in Pixelberry's Choices: Stories You Play collection.

Welcome to Belvoire, New Girl. Do you have what it takes to steal the Queen Bee’s crown? Let the games begin <3