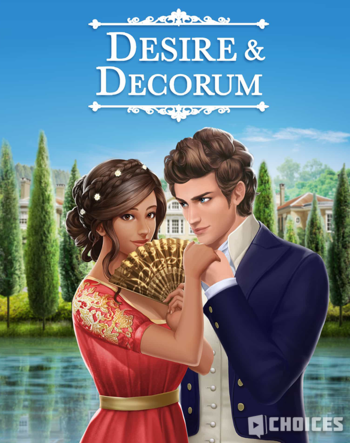 Desire & Decorum is a Visual Novel series part of the Choices: Stories You Play app. You play as a country girl in Regency-era England who learns that she’s the long-lost daughter of the Earl of Edgewater. To secure your claim on the estate, you must navigate the social life of the era and find love along the way.