Video Game / The Adventures Of Square 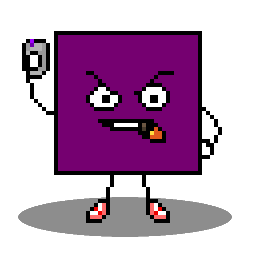 It's hip to be Square.
The brilliant Doctor Octagon has been kidnapped! Square must find him, and rescue him from the clutches of the Circle of Evil, a mysterious cult hellbent on the domination of Shape Land. He will square off against terrible monsters and impossible traps in order to prove that he's no square when it comes to justice. Guide him to the center of the Circles' domain, unravel their malicious plot, and win the day fair and square!
Advertisement:

The Adventures of Square is a First-Person Shooter using a heavily modified Doom engine from BigBrik Games. It's available as a freeware download. The protagonist, Square, fights on a quest to find Doctor Octagon, who has been kidnapped by the Circle of Evil.

The game is still under development and currently has two episodes, with the full version slated to have three. You can download the latest version of the game from their official website