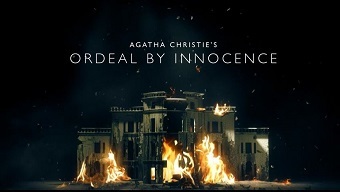 Ordeal by Innocence is a three-part BBC mystery drama series based on the Agatha Christie novel of the same name, first broadcast in April 2018. It is notable for the changes made to the plot, especially regarding the identity of the culprit, as well as having had a very difficult time in post-production, being pulled from its originally intended Christmas broadcast only a month before it was scheduled to air when one of the actors was accused of rape; said actor was later recast and the production remounted to reshoot all their scenes so it could be shown at Easter.

In addition to the tropes applying to the novel, the miniseries adaptation has examples of: