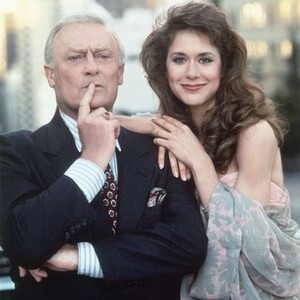 Over My Dead Body is an American crime drama that aired on CBS.

Maxwell Beckett (Edward Woodward) is a former Scotland Yard researcher who became a mystery novelist, but by the start of the series his three successful early novels were starting to be overshadowed by his two most recent works having bombed. He is approached by Nikki Page (Jessica Lundy), a young, struggling reporter who writes for the San Francisco Union, and who came to him for help after witnessing a murder through her window and because he was her favorite author. After they solve this mystery, they became fast friends and begin to work together as amateur sleuths to solve crimes.

Over My Dead Body was produced by William Link, the man responsible for Murder, She Wrote, as noticeable by its premise of an aging mystery writer as an amateur sleuth in real life. It premiered on October 26, 1990, but was cancelled after having aired its final regular episode on December 21 of the same year after having aired only nine episodes. However, two leftover episodes were aired in June 1991.