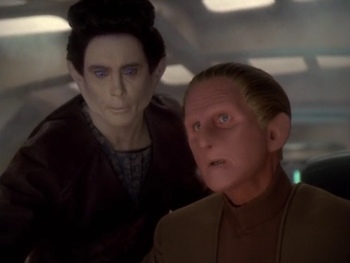 One Cultural Rebel meets another
Odo goes behind enemy lines to retrieve a Cardassian informant, but instead finds Weyoun, who wants to defect to the Federation. His knowledge of the Dominion could turn the tide of the war, but Weyoun's replacement clone is determined to eliminate his predecessor, even if it means killing a Founder. Back on the station, Chief O'Brien turns to Nog for help in fixing the gravity generators, but Nog's wheeling and dealing may cause more problems than it solves.