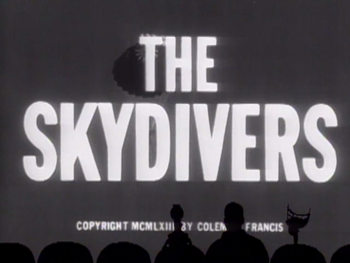 A National Geographic special.
"It's sort of like Manos: The Hands of Fate without the lucid plot."
—TV's Frank
Advertisement:

Peter: I don't know, I feel real free up there in the high blue sky...