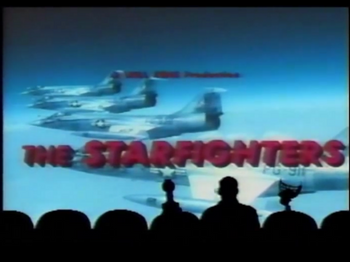 The Sean Penn story!
"So basically, according to themselves, the Air Force is a bunch of leather-faced, not-so-bright, heavy-drinking, dull-witted speed freaks who poop in their pants and can't make it with women. Right? Am I right?"
— Tom Servo
Advertisement:

(Betty elbows Gene in the stomach)