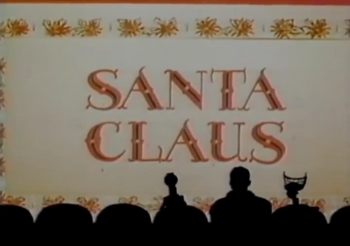 In the words of the MST3K producers: "Just when we thought it couldn't get any more bizarre, it did." Its dramatic departure from established Santa Claus legend, combined with B-movie production standards and an awkward dub provide ample source for mockery. MST3K's send-up first aired on Christmas Eve 1993 as the show's second Christmas Episode (following Santa Claus Conquers the Martians two years earlier). The devil Pitch became a recurring character for a while, played by Paul Chaplin, who notably was one of the rare ones to even appear in the Sci-Fi Channel episodes. Plus, it's the true Trope Namer for Nightmare Fuel.