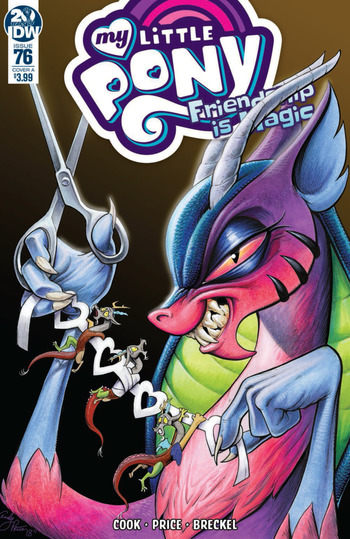 "My Little Pony celebrates 75 issues of friendship and fun with this double-sized adventure! When a chance purchase leads to a legendary quest for a missing constellation, the ponies reach for the stars and find themselves in the path of their most galactic villain yet... the chaotic Cosmos!"