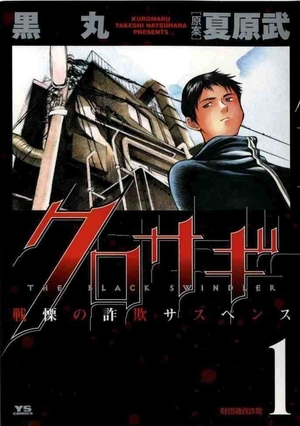 When he was fifteen, Kurosaki's father was swindled out of all his money and, feeling he had no other options, murdered his wife, daughter, and then himself. Six years later, Kurosaki decides to take his revenge on all swindlers by becoming a Kurosagi (a "black swindler"). Under this guise, he cons other swindlers and returns the ill-gotten money to the innocent victims. However, his mission gets steadily more difficult when a young law student moves into his building and a determined police officer sets his sights on him.

The manga was made into a live-action drama series of the same name in 2006. The drama was popular enough to solicit a movie follow-up in 2008.