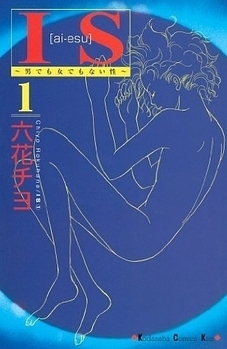 IS (short for intersexuality/intersex, pronounced Aiesu in Japanese) - Otoko demo Onna demo Nai Sei (roughly translated as The Gender that is neither Male nor Female) is a shoujo/josei drama Slice of Life manga series written by Chiyu Rokuhana. It deals with intersex people and their everyday life issues. The series consists of cases, each dealing with different people, but only for the first two volumes—when it eventually ends up being exclusively a coming of age story about Haru, an intersex child.

This manga won the Kodansha Manga Award for Shoujo in 2007.

This example provides examples of: