Manga / Is Kichijoji the Only Place to Live? 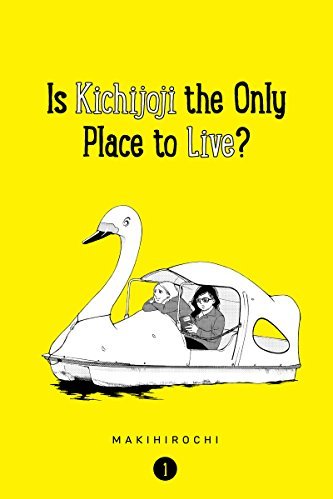 Let's get out of Kichijoji!
Advertisement:

Is Kichijoji the Only Place to Live? (Kichijouji dake ga Sumitai Machi desu ka? i.e. 吉祥寺だけが住みたい街ですか？) is an ongoing Seinen Slice of Life manga written by Makihirochi and first published in 2015. It is serialized in Young Magazine the 3rd and is available in English at comiXology.

The story centers on twin sisters Miyako and Tomiko Shigeta, who work as real estate agents in the Kichijoji neighborhood in Tokyo, an area that is consistently ranked #1 as the place where those already living in Tokyo want to live. The sisters assist women originally searching for an apartment in Kichijoji, but direct them to neighborhoods in Tokyo which are better suited to their individual needs. The story follows the worries of new clients as they move, the everyday life of the twins and showcases the charm of different Tokyo neighborhoods.