May I Borrow a Cup of Sugar? 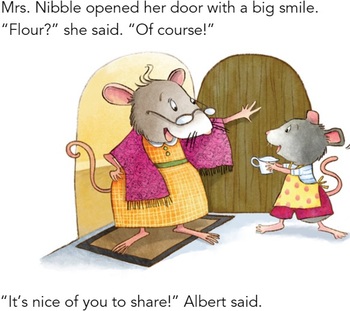 Flour is only the first thing he borrows...
"Lend me some sugar! I am your neighbor!"
— Outkast, "Hey Ya"
Advertisement:

A character comes over to borrow a cup of sugar, or something else like flour, a hedge trimmer, or whatever from their neighbor, and this is used to set up a plot thread of some sort:

Please note this is not just a list of instances of neighbors borrowing things in fiction as this has no meaning in itself; it has to at least set up a plot thread or joke of some sort.