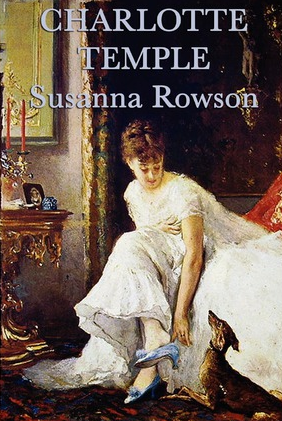 The bestselling book of early 19th-century America, written by Susanna Rowson and published in 1791.

Charlotte is a sweet, innocent English girl who knows little of the world. On the advice of her poisonous new "friend," Mlle de la Rue, Charlotte decides to run away with John Montraville, a dashing and handsome soldier whom she loves. They elope... to America.

Their honeymoon doesn't last, though, and it's not long before Charlotte is abandoned and on the streets... and did we mention pregnant?