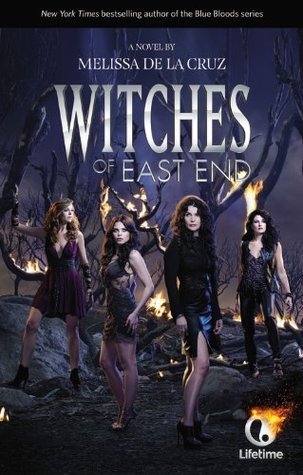 Witches of East End (Or The Beauchamp Family) is an adult fantasy series written by Melissa De La Cruz, being a Spin-Off of her vampiric saga Blue Bloods.

The novels are set in North Hampton, Long Island, and are about a family of apparently ordinary women that are in fact powerful, immortal witches, living in secrecy due to an ancient Restriction imposed to their kind after the Salem witch trials.

In 2013, it received a live-action adaptation broadcast by Lifetime and developed by Maggie Friedman. See Witches of East End for more info on the show.